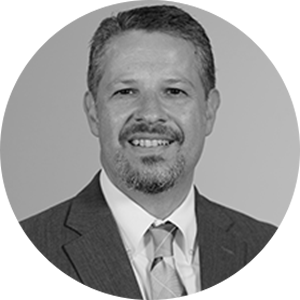 Bill Zielinski is the Chief Information Officer (CIO) for the City of Dallas. In this role, he directs Information Technology (IT) operations for the 9th largest City in the United States, serving a population of more than 1.3 million people.

Prior to joining the City, Mr. Zielinski worked for the US Federal Government for more than 30 years serving in executive roles with the US Social Security Administration (SSA), US Office of Personnel Management (OPM), US General Services Administration (GSA) and in the Executive Office of the President (EOP).

As the CIO for the Social Security Administration, Bill was responsible for delivery of IT solutions which allowed the Agency to effectively manage more than $800 billion in annual benefit payments to more than 60 million people around the world.

During his time within the Executive Office of the President, Bill was the Acting Unit Chief for Agency Oversight in the Office of the Federal Chief Information Officer. In this role, he oversaw the Federal Government’s IT Capital Planning and Investment Control (CPIC) process, issuing guidance on the formulation and execution of the US Government’s $100 Billion annual IT budget.

As the Assistant Commissioner for the Office of the IT Category in the US General Services Administration, Bill managed a portfolio of government-wide IT acquisition contracts providing $30 Billion in IT products and services from more than 5,000 providers to government at the Federal, State and Local level. 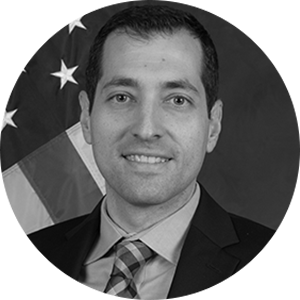 Nick Marinos is a Managing Director in GAO’s Information Technology and Cybersecurity team. He oversees work on federal IT practices, including IT management, acquisitions, and operations; privacy and sensitive data, and cybersecurity.

Nick joined GAO in 2002. He has led major reviews of efforts by the executive branch to implement the National Cyber Strategy; data protection practices at the Department of Homeland Security, Centers for Medicare and Medicaid Services, Federal Student Aid office, and key financial regulatory agencies;the Census Bureau’s efforts to implement and protect IT systems critical to the 2020 Census; and the cybersecurity of critical infrastructure.

Nick earned an MBA in information systems and technology and a bachelor’s degree in business information technology, both from Virginia Tech. He serves on the Virginia Tech BIT advisory board at the Pamplin College of Business. Nick is a certified information privacy professional. 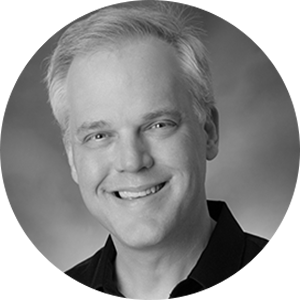 David Egts is the Chief Technologist of Red Hat’s North America Public Sector organization where he directs a team of technical experts to help government clients improve service delivery the open source way. The Office of Chief Technologist, which he leads, adds value to flagship Red Hat technologies such as Red Hat Enterprise Linux, OpenShift, and Linux containers. His team helps Red Hat achieve ideal product-market fit by ensuring current and future government requirements are factored into existing products and R&D efforts with a focus on security, compliance, standards, efficiency, and technological improvements. His team’s efforts positively impact public and private sector organizations in the US and internationally with a particular focus on Australia, Canada, Japan, and the UK.

David received industry-wide recognition as a FedScoop 50 Industry Leadership awardee and a finalist for WashingtonExec’s Chief Officer Awards. He is a Red Hat Chairman's Award recipient and has won multiple highest employee honors from previous employers Silicon Graphics and Concurrent Technologies Corporation. He is the co-founder and Vice Chairman of the WashingtonExec CTO Council, a past Co-Chair on the Board of Directors for the Software & Information Industry Association (SIIA) Software & Services Division (SSD), and is an active member of the Agile Government Leadership Association and the AFCEA DC Emerging Technologies Working Group. David achieved certification as a Red Hat Certified Architect (RHCA) and was a three-time graduate from the University of Pittsburgh with a BS and MS in Computer Science and an Executive MBA (Joseph M. Katz Graduate School of Business). 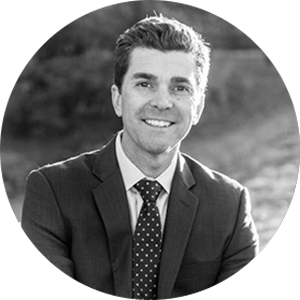 George Jackson is director of events at GovExec – the largest and most-influential media company in the public sector marketplace. He joined the company in 2020 to enhance the scale of their events and audience experiences. In 2021, George launched GovExec TV (streaming video content) and received the company’s Entrepreneurial Spirit Award, part of their firstannual Icon Awards.