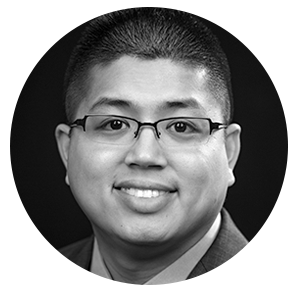 Vincent Sritapan is a Section Chief in the Cybersecurity and Infrastructure Security Agency’s (CISA) Cyber Quality Service Management Office (QSMO). In this position, Sritapan is leading the development and delivery of cloud and mobile security services and capabilities to help protect the networks of Federal and State, Local, Tribal and Territorial government agencies. As a Section Chief in the Cybersecurity QSMO, Sritapan is leading CISA’s cross-functional teams that are tackling emerging risks and developing cybersecurity services to address enterprise cloud and mobile challenges.

He is Co-Chair of the Federal CIO Council’s Federal Mobility Group, a cross-agency forum helping drive strategy development in mobility and sharing information across Federal departments and agencies, and as Co-Chair of the Committee for National Security Systems’ Mobile and Wireless Security (CNSS) Working Group. Prior to joining CISA, Sritapan served six years as the Mobile Security R&D Program Manager at the Department of Homeland Security Science and Technology Directorate, where he led R&D efforts in mobile security. He also is a direct commissioned officer in Information Warfare in the U.S. Navy Reserve. 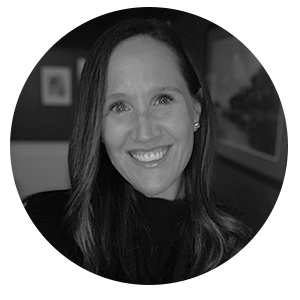 Leah McGrath serves as Executive Director for StateRAMP, a national non-profit advancing cyber security for State & Local Government. McGrath dedicated more than 1,000 hours in 2020 working alongside Steering Committee members to develop StateRAMP’s governance and policy framework. Prior to her work with StateRAMP, McGrath held leadership positions in both the public and private sector, including serving as the first deputy mayor of the City of Fishers, Indiana from 2015 - 2019. During her tenure, Fishers transformed from a town into a smart, vibrant, entrepreneurial city and was named in 2017 the #1 Best Place to Live in America by Money Magazine. In her role, she helped lead modernization efforts and spearheaded city-wide efforts to develop its first long-range comprehensive plan. McGrath’s 20-year career has been focused on working to improve government outcomes at the state and local level, helping shepherd government into the digital age, securely and effectively, for the citizens it serves. McGrath is a graduate of Purdue University and resides in Fishers, Indiana with her husband and three sons. 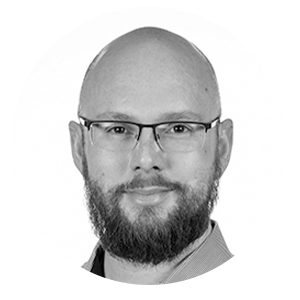 Joel Perkins leads the IT Systems Engineering organization at Lookout where his team designs and maintains the systems that enable Lookout’s internal technology initiatives. Prior to Lookout, he held IT leadership and engineering roles across technology, education, and nonprofit sectors. Joel has over 17 years of industry experience and a BSc. in Management.

George Jackson is director of events at GovExec – the largest and most-influential media
company in the public sector marketplace. He joined the company in 2020 to enhance the scale
of their events and audience experiences. In 2021, George launched GovExec TV (streaming
video content) and received the company’s Entrepreneurial Spirit Award, part of their first-
annual Icon Awards.

George graduated from The Ohio State University in 2003 with a bachelor’s degree in English.
In 2006, he earned his master’s in broadcast journalism from the University of Maryland,
College Park.

George spent the first five years of his journalism career at WJHL-TV in Johnson City Tenn. –
beginning as an overnight producer for the station’s 6 a.m. broadcast. He advanced to lead on-air
reporter for WJHL’s 11 p.m. newscast.

As a reporter, George examined the earnings of two non-profit hospital systems, felony charges
filed against a local sheriff, predatory paving companies, a health benefits backlog for local
veterans, and a series of cold-case murder investigations. He received an honorable mention for
Best TV Reporter in the 2011 Tennessee AP Broadcast awards and won a Best Investigative
Reporting award from Media General in 2010.

George joined DC’s ABC affiliate WJLA-TV in 2012 to produce Capital Insider, which won
him an Emmy award. One year later, he developed and recorded the pilot episode of Government
Matters – a program about the business of government. It debuted as a weekly show on Sunday,
August 4 th of 2013. George led Government Matters through September of 2020, expanded its
reach to a daily worldwide audience, and produced its first feature-length documentary The
Dawn of Generation AI.

George is from Toledo, Ohio. He lives with his wife, twin daughters, and a pair of rescue dogs in
Northern Virginia.